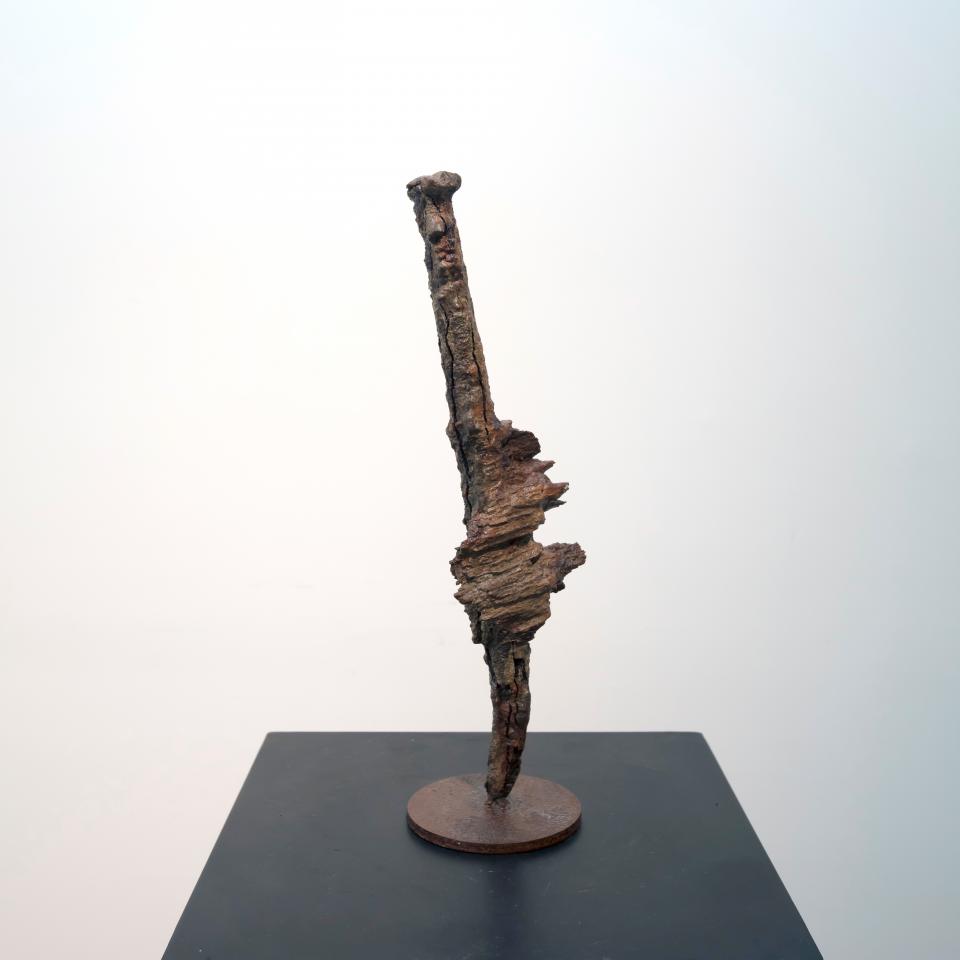 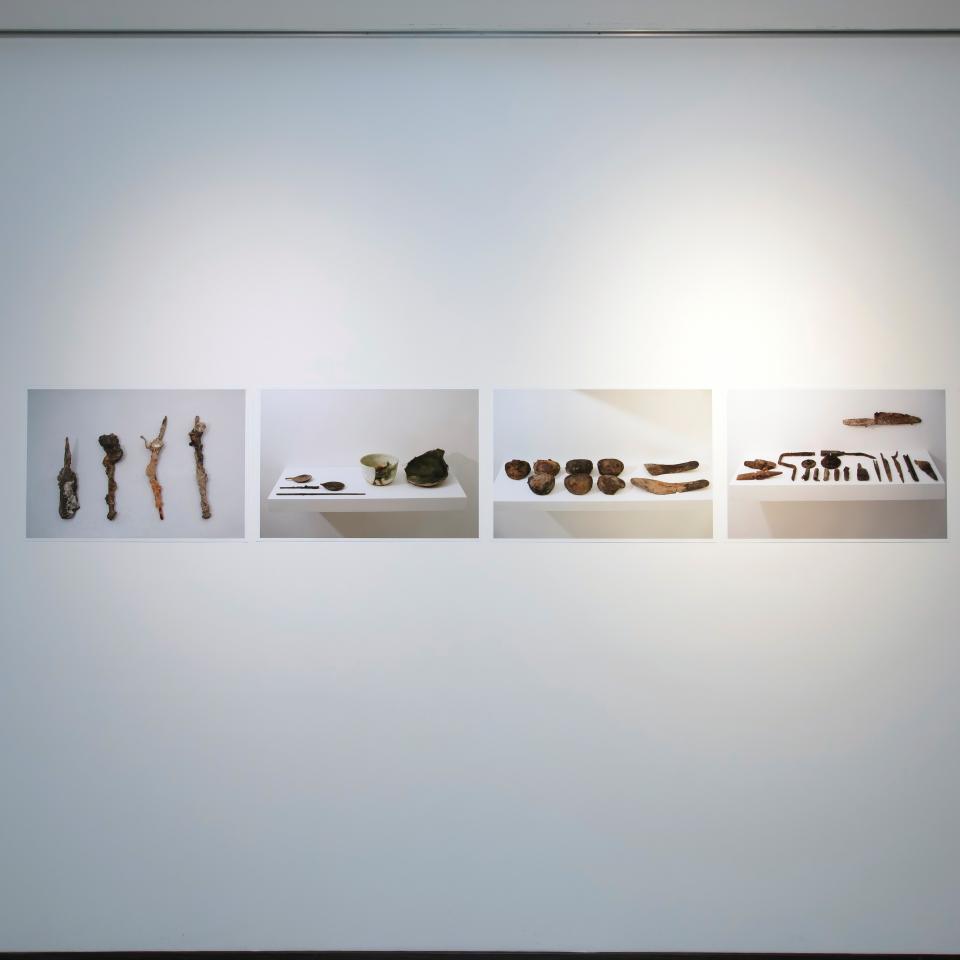 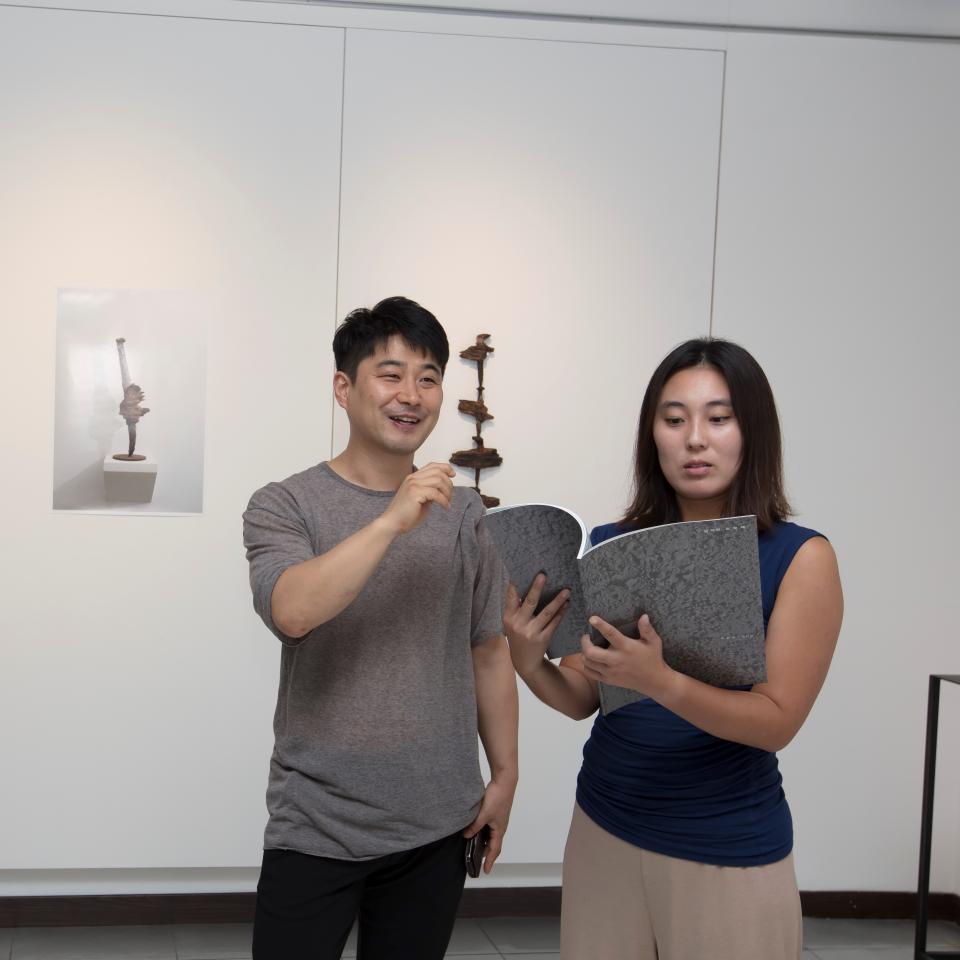 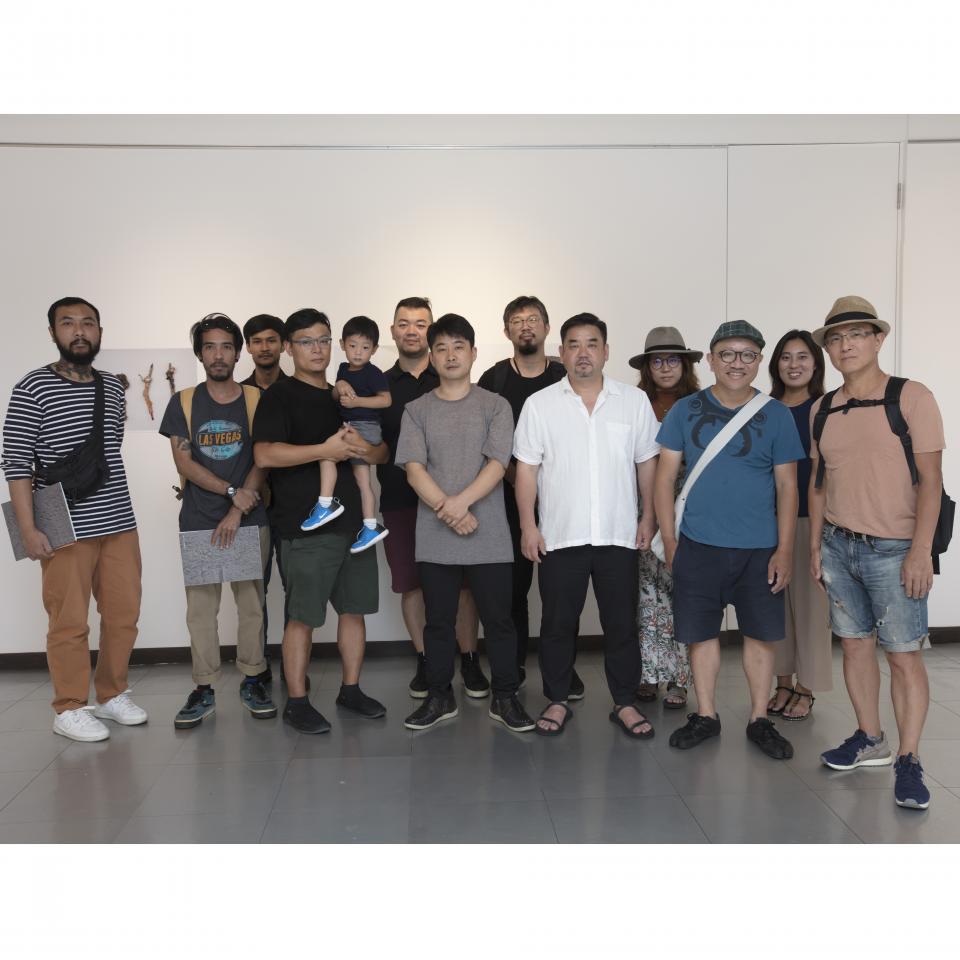 Lee Seung-soo's exhibition "The Left", using objects collected from the site of the disappeared shipyard fits perfectly to the building site renovated from the old Jeju house. About half of exhibition places, including the yard, is white cube-style, but the other half is a ruin that has been deserted for a long time. That half has been opened for the exhibition. Yang, the culture space has become a valuable cultural space in the region as it continues recording the story of the village to connect the broken history.

Lee Seung-soo's works shows his long seeking for a place of exhibitions and connect life and art, old and new. there was a disconnect before. Actually, Jeju was not a convenient island for the artist, who had returned to his hometown where he had spent his childhood and youth. The exhibition concerns the identity of Jeju which seeks to transform itself into a "global" tourist destination but was buried in massive re-development frenzy. The drastic changes he feels has been about five years. Many regional conflicts have been recreated, because the development is in the process of reorganizing the minority and the majority, and art works that reflect such realities have a sense of melancholy and deprivation, and sometimes bitter satire.
Due to low ceilings to break the wind as the local featured space, videos of the cross-ties hit by the rising and low tides all over the body come even bigger and louder, and objects paraded along the axis of the vertical scale is appeared like more than they really are. The objects in another room has some editing. The artist has transformed the color and texture of the cross-ties that contain traces of times into a shape that reminds some body parts.

There are also wood pieces recreated as musical instruments. The fragments in the ruins are washed well and built in a clean place to take meanings. They are survived from the relentless wear and tear of times for a second and becoming the symbolic object as art. Besides the timber chips, workers' shoes, cookers, radios and other residues of daily lives are also found. Though it is an object of various materials, such as stone, iron, wood and plastic, it has changed into similar color and texture. In addition, heterogeneous things, such as the traces of a temporary residences of fish and shellfish, are being brought together and transformed into homogenous elements by the strong flows of the time. Lee emphasizes the intersection where natural and human history meet and coincide.

In the other room, a relatively intact form of ties was presented into a look as it was in the excavation. It looks like a corpse. But the ties stand still and tall like a Jangseung, trying to connect with another spaces and times in the front yard with black stone walls, persimmon trees and cats. Similar-sized ties that have been installed at the excavation site stimulate the imagination of audiences with various forms and textures. The ties that stand tall on the ground have the existence.

The installation work of the ruins linked to the culture space, Yang takes off the analogous archaeological aura and satirizes the ongoing ruined process. The dead tree, which has revealed its roots, supports the ceiling right before falling down and the safety-first sign is just as empty as a wallpaper. A small boat floating in a large room full of trash raises a sense of crisis that the island could soon be covered with trash. Woods may also be waste, but they are more natural than the pet bottles here. Ties restore the vibes of attractive objects from their monumental dignity in secret aspects, but plastic containers are just useless rubbish and are handled in carelessly ways.

Videos projected on an empty ship shows news about regional conflicts related to developments. The face of a volcanic island with flowing lava is made of basalt, the artist put a gas mask that reflects red lights on the face. The red warning light is on developmentism. The chair at the corner of the yard made up of shovel’s stems is also in the same context. The place collecting materials had been shipyard from 1945 to 2014 and it has more history that had been broken down and rebuilt on the historic site of Sambyul Cho-gun during the Japanese colonial era. If I add up all years of history, this site is almost 100 years old.

The retrogression of the ship building industry, a representative chimney industry, rationalized the concept used to explain the relevance of power and space in [La production de l'espace by Henri Lefebvre], and justifies the project to develop the coastal area where the shipyard used to be into a tourist destination with full of accommodations and cafes. The artist senses significant changes in places that show changes from colonial era, emancipation and industrialization and globalization by themselves. The excavated ties are silent, but the artist urges for change that goes with nature and history, with human beings and art, not just the logic of capital.
Feb.2018 issue, Art in Culture